AKeemjamal Rollins began writing poetry at age 8 and started slamming at age 14 in Cleveland, Ohio. He has been part of four international slam teams, representing Cleveland two years in a row at Brave New Voices and making Cleveland’s adult slam teams in 2010 and 2011. In 2009, his team placed in the top 4 at BNV. His first time at Rustbelt Regional Poetry Slam, his team placed 3rd overall. In 2010 he became Cleveland’s Grand Slam Champion. “Like Dogs and Chocolate,” a one-act production written, directed, and performed by AKeem, has been featured at the Cleveland Playhouse as part of their yearly Fusion Festival.

AKeem’s chapbook, “Tributes,” can be purchased from The Poet’s Haven Boutique. 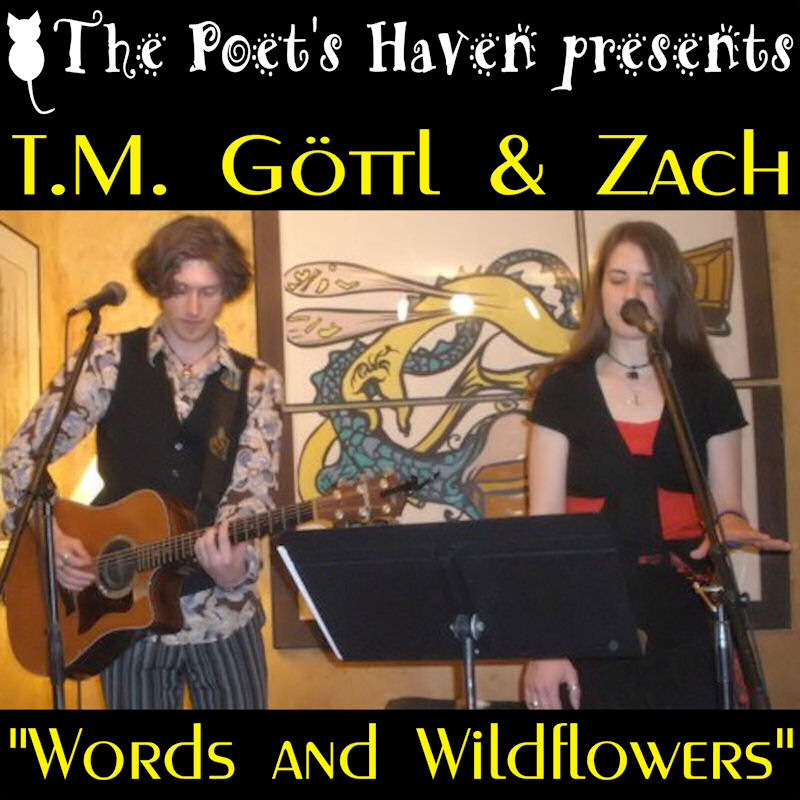 T.M. Göttl was the Vice-President of the Ohio Poetry Association and is a member of the Buffalo ZEF Creative Community. She has received a Wayne College Regional Writing Award, a Franklin-Christoph Award, and several Ohio Poetry Day awards. She won first place the first time she competed in a poetry slam, and she is currently competing for a place on the Lake Effect Poetry Slam Team. She has also been heard on 91.3 WAPS and 89.7 WOSU radio. Her work has appeared online and in print, in publications such as Pudding Magazine, Verse Wisconsin, Common Threads, The Hessler Street Fair Poetry Anthology, Opium Press, The Poet’s Haven, Deep Cleveland, The Mill, Waynessence, and others. Her first full-length collection, “Stretching the Window,” was published in 2008. Her most recent chapbook is “A Hurricane of Moths,” published by NightBallet Press. She lives somewhere between Akron and Cleveland, Ohio, where she writes, performs, eats vegan food, and fosters an affinity for fluffy rodents and birds. (www.buffalozef.net)

Zach started on the path of music after a near-death bout of appendicitis when he was 16. Since then, the Cleveland, Ohio native has toured the US (averaging over 200 shows a year), released 12 CDs, and shared the stage with Dave Matthews, Neil Young, the Gin Blossoms, Rusted Root, Blessid Union of Souls, and many more. Armed with a powerful backing band, his inspirational message and exciting stage shows always get the audience moved and uplifted. Zach co-founded the Akron Peace Project and heads the Love Initiative movement. (www.zachmusic.net)

01     intro
02     Lisa Vicious – Crappy Poem for a Blue Mood, The Liberation of Marcia Brady, Swimming in a Nightmare and Going Nowhere, Chicken Soup for the Soulless, Lather Rinse Repeat, When the Sleeping Pills Don’t Work, Ghost Girl part 2, Half Past Nine
03     MUSICAL GUEST: Ramona Stone – This Machine
04     Jake from (Me) vs Them – Ro Sham Bo You’re Such a Bro
05     Christopher Franke – Sticks in the Craw, Rodney, Holidays
06     Jen Pezzo – I Don’t Get His Shoulds, Mutual Disdain
07     Anne McMillen – Clerking, See You at the Mayo Health Clinic, Gonna Be a Famous Poet, Neurotic
08     end