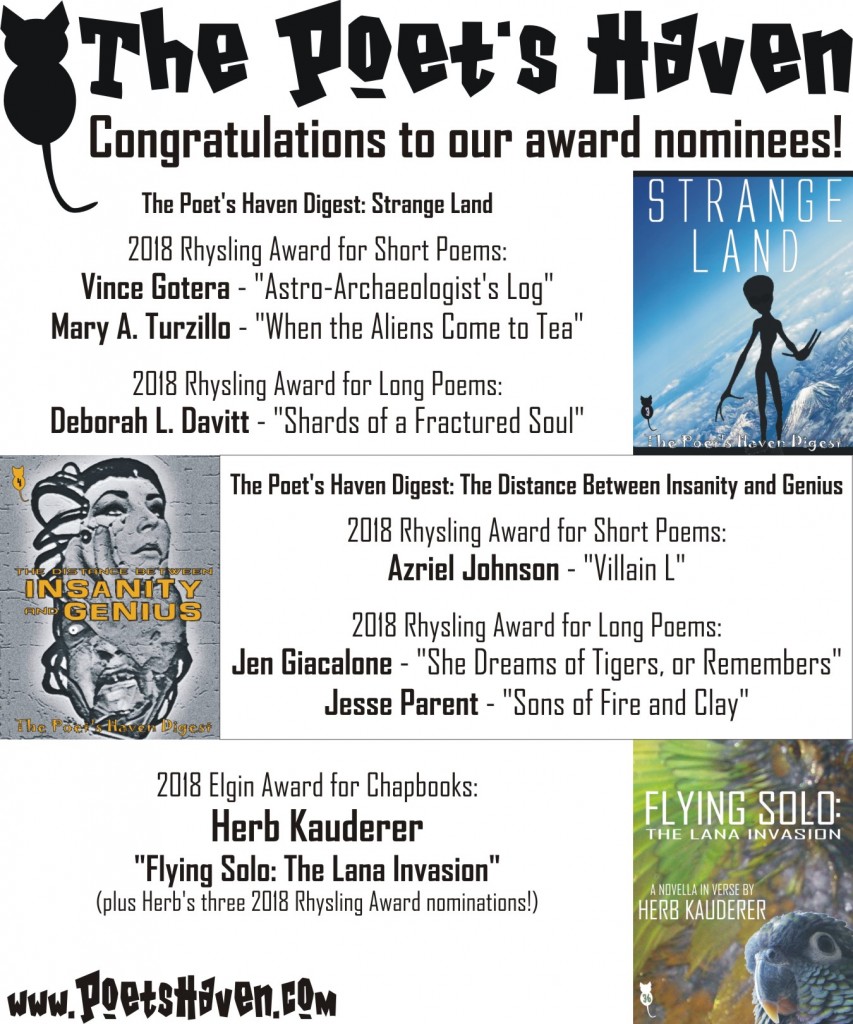 As you can see from the above graphic (which will be the ad we run in an upcoming issue of Star*Line magazine), SIX poems published in The Poet’s Haven Digest have been nominated for Rhysling Awards!  😀

Herb Kauderer‘s Flying Solo: The Lana Invasion has also been nominated for the Elgin Award!